NefertitiSpecial Friend
😍
Posted 3 months ago
~WHEN THE KING SPEAKS :

Q: What is the best way for a successful approach or contact with a Demon?

A: I will not talk on behalf of other Spirits. I will talk about me. With respect and pure intentions. There is no wrong or right way for someone to contact me. Even prayer is enough. I hear everything, I see everything. I respond almost to everyone but sometimes the person is unable to communicate with me. Ninety-nine percent of the time, the different ways people approach me are successful. I hear the calling and I respond. I end up standing in front of the person, talking to him, giving him signs of my presence, but he cannot recognize them. You may have a lot of time to waste, but I don’t.

Q: How does people’s attention affect you? Are you interested in that?

A: Their attention doesn’t affect me at all, nor do the emotions of humans. I want people to learn about me, who I am and what I am capable of. I like to see that my name is spreading. My name has been dragged through the mud infinite times through the Aeons and every time I pick it up and wash it off. I came a long way and still have a long way to go. So, I won this right over the centuries.

Q: What do you think about humans?

A: Humans….You are the biggest paradox I have ever known. You are insecure in everything you do, yet you love yourself to the point of total narcissism. Since the beginning, I told Lucifer that they don’t deserve his gift, but he was always kind to humans. Now he sees that I was right. Too late to be disappointed. You are born from oblivion and go back into oblivion. There is nothing else or between. This shameless world that you have created is not shaped by vague metaphysical forces. It’s not us, the Demons, the “eternal” evil, who make humanity suffer. It’s you humans – only you. From the beginning, humans are the only species that destroy everything. The planet that sustains you, other humans, and even yourselves. Since the creation of all, no other species has done that. What is the point of your existence?

Q: Why do you choose to work with some people and not with others?

A: Do you work or become friends with everyone who tells you “Hello?” I don’t think so. I don’t want followers, lazy followers. My time is far too precious to waste it on those who are slovenly. I only want those who have chosen to evolve. If you choose to evolve, and at the same time connect with the strength within you, you will awaken. I want those who believe in me, trust me with no doubts. I’m working with those who are ready to fall to the ground and stand up again with no help. Look at you. You were at the edge of a cliff and I told you “Jump!” and you did it. I never felt fear or doubts about your decision. You asked for it. And I changed you as you wanted. Don’t think that I don’t understand loyalty just because there are very few left who are loyal to me.

I will work with those who force me, but for me, a few years of waiting is hardly important! Time works very differently for me than you. So, I wait for those who constrain me to do their bidding, but when we meet, it’s not going be very pleasant for them.

Q: what is your relationship with Lucifer?

A: In the wake of my name, they forgot that I am the Son of the Emperor.

Q: Is quantum physics the key to understanding your essence/nature?

A: Quantum physic is the key to understanding everything, even your own nature which until now, you haven’t completely understood. The Egyptians, Greeks, and Hindu developed such fields of study ages ago which is why until now, many of the things they engineered and created back then remain mysteries to you. You can’t decode them because you still do not fully understand the ways that Universe works. This is precisely why Quantum physics and all its domains are essential for you to evolve – spiritually.

Q: What do you teach, and what things about you are not true according to what people have written in books?

A: I teach nearly everything. I prefer Magic and Science the most because those are the basis of everything.

Q: What did you do with Samael before the first fall and what was your name then?

A: My name was always Paimon since the beginning. Centuries later, I appeared in other cultures with different names, but I had my reasons. By “the first fall,” I guess you mean the so-called “Great Fall” which never happened. We never “fell” – we choose to leave. There was no war, no one held us prisoner so we could not leave; it was our choice to do so, and that is what we did.

As about what I did with Samael, after a time when he was sure that I was fully protected, he gave me the abilities that he wanted me to have and I follow him. Samael is Lucifer.

Q: What is the act, the ritual method, that can make you respond to one’s request speedily?

A: This my decision alone. Do you think that if you perform a very fancy ritual that I will respond same immediately? Wrong. I respond when I know it’s the right time to do so. Occasionally, I will step in at that moment, but this is not my usual way of responding.

Q: What are your expectations from humans over the years to come?

A: Excellent question. I expect nothing at all. I have seen all I need throughout the centuries and have expectations only from those I have chosen. 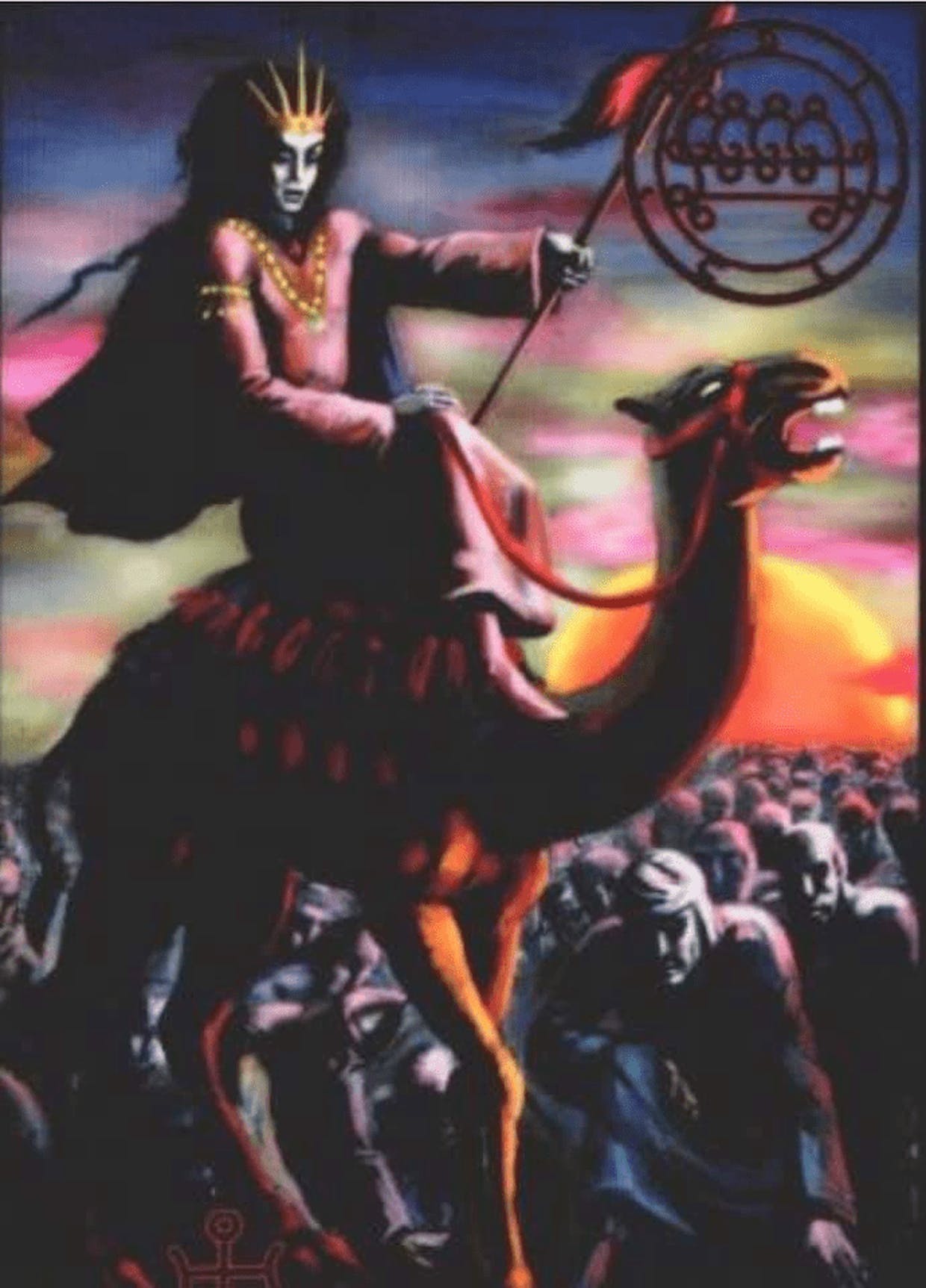 Liked by Maria384 and 5 others